Melbourne Graffitified (The Hunt For The Best Street Art)

Mister A and I have collected a rich, haphazard treasure trove of street art while walking randomly in Collingwood and Fitzroy (inner city suburbs of Melbourne), mainly along Smith St, Kerr St, Argyle St, Gore St, Rose St, Fitzroy St, Nicholson St and its surroundings. We have disappeared behind the dark alleys and local neighbourhoods and found, among the dumpsters and white picket fences, is some of the world’s best street art.

Much to our chagrin, there are also graffiti on the urban murals (a preferable term) which I personally think is disrespectful and creatively challenged of the culprits who obviously harbour no artistic intentions but only ideas of destruction, pollution and vandalism.

Thumbs up to those who had lovingly, painstakingly defaced the surfaces of Melbourne with their paints and spray cans. Their creative free spirited expression has contributed to the making of Melbourne, the thriving artistic city it is now. Sully on, I say!

(Disclaimer: I might be fined for encouraging these artful dodgers since ironically, the city’s anti-graffiti laws are some of the strictest in the world. It turns out that street art in Melbourne is illegal and the city’s celebrated works are at risk of being destroyed.) 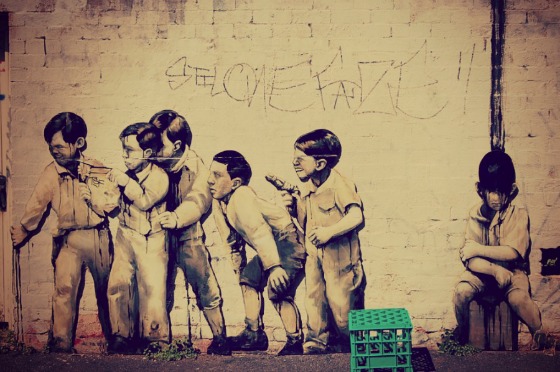 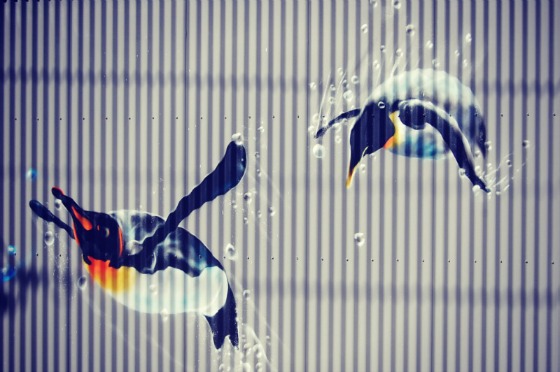 Other impressive artworks can be found at these laneways:

To find out more, check out: http://www.melbournegraffiti.com/

Ying Tey Reinhardt (Piccola Ying) is a Malaysian writer and copywriter based in Germany.

In her vagabonding heydays, she's backpacked to many countries, lived in a few, funded her wanderlust by teaching English to sailors on Italian cruise ships and making coffees in hipster cafes.

Waitressing In Melbourne (And How You Can Do It Too)

The Other Side of Paradise: Maafushi, Maldives

Doing Wanderlust (By Opening Up Your Heart To The World)

My Italian friends thought I was so little that they called me Piccola Ying. I was raised in the dusty sunshine of Kuala Lumpur, left the safe shores of my home for the world at 18 and have never looked back since.

In between, I've created my own charmed kind of life where I'd relied on intuition, kindness of strangers and the magic of serendipity. I have backpacked, lived a jet set lifestyle and had worked on Italian cruise ships for 5 years. When I'm not wandering, I write.

Love in the time of Corona. These two is what I'm

My religion is water. Not surprisingly, my star si

What is a home? Is it somewhere where you feel saf

Traveling is easy when you don't have to lug a wha

Wandering through the charming old town of #Vallde

Remember that time when we were just two friends w

It was one of those trips where we decided to just

One of the largest and oldest churches in Bratisla

Most people would think working in cafes or restau

🙇I sometimes do wonder, how would have life tur

It wasn't easy to find but we found it. The Blue C

How much do you pack when you go on holidays? 🎒


Error: API requests are being delayed for this account. New posts will not be retrieved.